Is Cyber-Security A Threat To American Electoral Voting Methods? 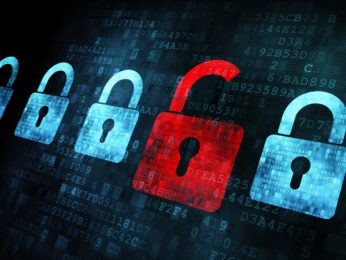 Supposed threats to cyber security once seemed to be nothing more than rhetoric meant to frighten American constituents. Recently, however, these threats have proven to be legitimate, as cyber security has impacted the American political arena.[1] As the American people heard from presidential candidates Donald Trump and Hillary Clinton in the first presidential debate, the cyber-security threat from both domestic and foreign hackers is a very real danger to American national security.[2] The reality of the cyber-security threat from domestic and foreign entities has had an especially strong effect on these candidates. The very votes we cast for them may be vulnerable to such breaches.[3]

As electronic voting methods become the norm in dozens of districts across the country, the effort to protect the security and validity of ballots introduces a noticeably different challenge. A system that once presented us with issues such as the “hanging chad” that tarnished the image of the 2000 Presidential election is now primed for an entirely different ballot security problem.[4]

With Election Day nearly a month away, awareness and uncertainty surrounding potential cyber-security threats in the United States is growing. In fact, hacks have already been reported in both Illinois and Arizona. [5] Though election results in these states have not been impacted, the fact that the systems were hacked, coupled with the recent hack of the Democratic National Convention presents an unsettling narrative regarding electoral security here in the United States.[6] The hacks that have already occurred resulted in the release of voter identifiable information, including social security, address and name information.[7] Though officials concede that these electronic voting methods evidently do not adequately protect voter information, they contend that the systems do not risk the validity of election results because they are not connected to the Internet.[8] Specialists on both sides of the issue, however, disagree on whether the lack of Internet capability is protection enough.[9] Despite the fact that specialist agree that a hack affecting the results of an election is unlikely, the fear among American voters regarding the security and validity of our election process remains high.[10]

The question still remains whether an electronic ballot presents the same security that a paper ballot does, considering both the absence of a paper trail and the possibility of pre-programmed results.[11] As was evidenced 16 years ago in Bush v. Gore, the paper trail can become a valuable tool when challenging vote tabulation.[12] Should this year’s electoral process be challenged after the November 8 election, the different methods of voting would create a problem in that there would not be a uniform paper trail. Proponents of the paper ballot look to this as one of our largest security problems: how can we insure the validity of our votes if we cannot be sure that all votes can be tabulated manually in the event of a hack, or even in the event of a mere computer error?[13]

The issue of how to fix such a process brings to light some unique challenges that the structure of our electoral system pose. Proponents of uniform ballot initiatives claim that the current system “result[s] in a patchwork collection of federal, state and local laws: all separate and all unequal”.[14] The structure of the American electoral system also presents a unique challenge in terms of implementing a uniform voting method. In a country run on a system that promotes state-run elections, the reality is that a uniform federal system would likely bring a challenge on federalism grounds. The Help America Vote Act of 2002 attempted to move towards a more uniform approach to elections, in which federal funds were authorized for election administration and thus facilitating minimum standards for voting systems.[15] These required minimum standards, however, fall far from the requirements that proponents of new voter security measures are calling for.[16]

This November, American citizens and politicians alike will cast their vote and hope that the security and validity of that choice is protected by the security measures in place. It is possible that a debate regarding the security of the 2016 election may begin after the results are tallied, and this could prompt further discussion on fortifying the security of our electoral system.[19] Thank goodness that come January 20, 2017 we will have Donald Trump, who is uniquely adept at navigating foreign relations (or relationships) with arguably one of America’s largest cyber-security threats, or Hillary Clinton, who has had her cyber-security knowledge put to the test in her evaluation of the pros and cons of private email servers, at the helm to further guide us on this topic.[20]

[1] See generally Harriet Taylor, Fears of a hacked election may keep 1 out of every 5 voters home, says report, CNBC (Sept. 29, 2016) http://www.cnbc.com/2016/09/29/fears-of-a-hacked-elction-may-keep-1-out-of-every-5-voters-home-says-report.html (explaining the implications of a study determining that one in five registered U.S. voters may stay home on election day because of fears about cyber-security and vote tampering).

[4] Guy-Uriel E. Charles et al., Election Law Stories, 547-49 (Joshua A. Douglas & Eugene D. Mazo eds., 1st ed. 2016) (describing the 2000 Presidential Election in Florida in which “hanging chads”, a term used to describe a punch-hole vote that was not entirely punched through, were a contentious issue that played a large role in the the Bush v. Gore litigation and ultimately the 2000 Presidential Election results).

[6] See Id. (“Investigators believe the hackers are likely based overseas, according to a law enforcement official”).

[8] See Richard Clark, Yes, It’s Possible To Hack The Election, ABC News (Aug. 19, 2016), http://abcnews.go.com/Politics/hack-election/story?id=41489017 (“if sophisticated hackers want to get into any computer or electronic device, even one that is not connected to the internet, they can do so”).

[9] See Id (explaining that a hacker would not necessarily need an internet connection to hack an election device).

[13] See Craig Timberg & Andrea Peterson, Here’s How Russian Hackers Could Actually Tip An American Election, Washington Post (Aug. 30, 2016) https://www.washingtonpost.com/news/the-switch/wp/2016/08/30/could-hackers-tip-an-american-election-you-bet/ (describing how the most vulnerable voting methods are those without paper records of the electronic tabulation of votes).

[17] See Oregon v. Mitchell 400 U.S. 112, 134 (holding that under Art I, § 2, the States have the power to set qualifications to vote in state and local elections, and the whole Constitution reserves that power to the States except as it has been curtailed by specific constitutional amendments).