A Win for California Gig-workers; A Loss for Ride-sharing Platforms. 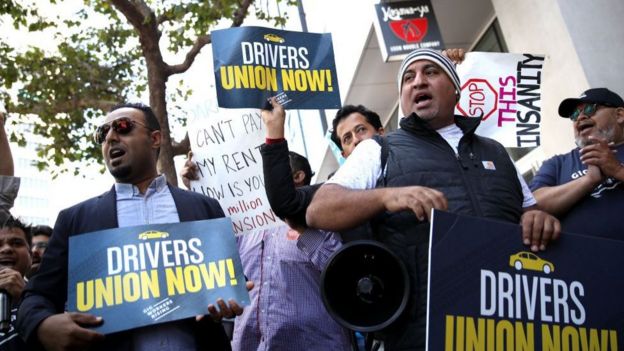 On September 11, 2019 California lawmakers passed employment legislation that would change “gig- companies” business models[1]. “Gig- companies” are businesses that offer a subset of jobs where entrepreneurs get work through an internet – based platform which matches them to customers seeking their service[2]. “Gig companies” include platforms such as Uber and Lyft[3].

The legislation passed in the California State Assembly intends to force gig-companies to reclassify independent contractors as employees. This legislation will require companies such as Uber and Lyft to completely restructure their business model[8].

(C) that the worker is customarily engaged in an independently established trade, occupation, or business of the same nature as the work performed for the hiring entity[9]

In order for a worker to be considered an independent contractor, rather than an employee, the employer must prove that each element of the “ABC test” is satisfied[10].

Uber and Lyft are working together to try to exempt themselves from the bill, recognizing that this legislation could subdue their businesses[11]. Lyft said that if this legislation were to pass, drivers “may soon be required to drive specific shifts, stick to specific areas, and drive for only a single platform[12].” Uber is taking a more optimistic approach, arguing that the new legislation does not automatically reclassify drivers as employees[13]. Uber’s Chief Legal Officer stated, “[The legislation] does not provide drivers with benefits, nor does it give drivers the right to organize. In fact, the bill currently says nothing about ride-share drivers[14].” The ride-sharing platforms will argue that because workers can determine when they work, where they work and for how long, they are not under control or direction of their employers[15].

The ride-sharing companies are trying to propose alternative legislation in an effort to compromise. The proposed legislation would guarantee a minimum wage of $21/hr and allow for sectoral bargaining[16]. Sectoral collective bargaining allows workers in rideshare industry to band together in negotiations[17].  This is unlikely to persuade California legislation to change the already introduced legislation[18].

A large consequence of this legislation is that the riders that use the ride-sharing platforms are going to be the ones who bear most of the expenses[19]. Analysts predict that ride-sharing platforms will increase their rates in an effort to offset the costs associated with making their drivers employees[20]. The raise in price could increases as much as 30% per ride[21].  The legislation is still in its early stages and will take a while to be enacted. Consumers and workers should not expect to see enactment of the legislation until sometime next year[22]. However, California Gov. Newsom made it clear that he is expecting to sign legislation if it makes it to his desk[23].