Listen to the Music Play: How Relaxed Copyright Enforcement has Allowed the Grateful Dead and Phish to Make Money 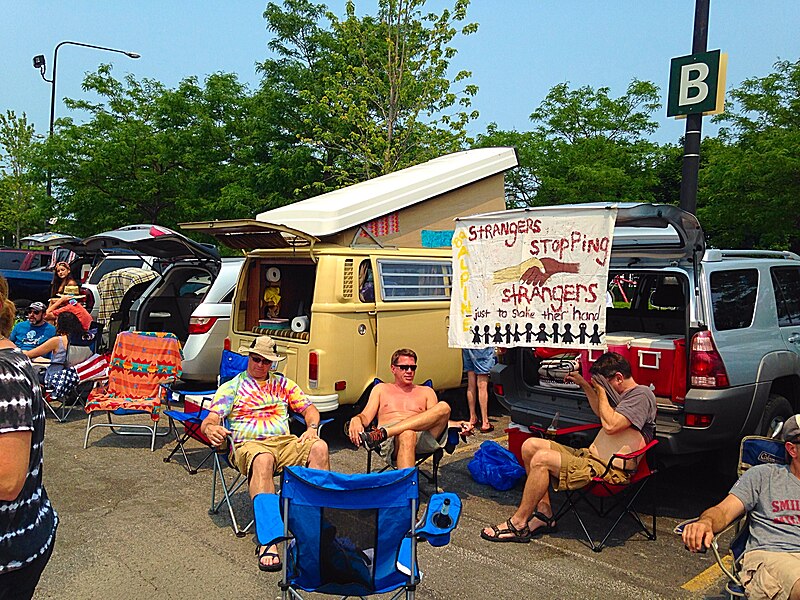 If you allow a person to record a concert, and trade that recording with others, it is less likely that those who obtained the music for free will buy your band’s music. So how would a transaction that you do not make money on ultimately increase your profits? Two bands have figured out how to do just that and build a cult following along the way.

The  Grateful Dead, (also known as “the Dead”) began in the 1960s, and by the 1980s they were one of the highest grossing concert acts.[1] A large part of their draw was their improvisation or “jams” during concerts that made each show inherently unique.[2] This improvisation led groups of fans, known as “deadheads” to follow the Dead across the country on tours, creating their own community.[3] However, a hallmark of Grateful Dead concerts was the ability to tape them to listen later or trade with friends who had attended different performances.[4] This tape trading allowed fans to appreciate the improvisation in each show long past the night it was recorded. However, it is a long-standing rule that recording concerts is a form of copyright infringement.[5] It is therefore hard to imagine why the band members would actively allow taping, going so far as to sell “tapers tickets” for the section of seats behind the soundboard.[6] The Grateful Dead’s motto of sorts was “When we’re finished with it, they can have it,” in response to allowing tapers the opportunity to share the unique-ness of the shows with others.[7] Lyricist Perry Barlow directly attributes their success to tape trading as it created a culture around the band and provided a way for their music to spread.[8] Their music was spreading to a wider audience with little cost to them which in turn led to a wider audience to purchase tickets to concerts.

As the Grateful Dead gained popularity, groups of fans began congregating in parking lots before the show, possibly hoping to find a spare ticket. The parking lot scene, called “Shakedown Street” was a place to buy anything from clothing to stickers and even food such as grilled cheese sandwiches.[9] Often found here was unauthorized merchandise as well.[10] This merchandise, typically t-shirts, usually parodied popular culture icons (such as Nike) with lyrics or imagery.[11] While a shirt with a Nike swoosh with the words “Just Dew It” (a reference to the song “Morning Dew”) would be considered a parody, the lyrics and name of the song are protected by copyright.[12]  For a long time, the band ignored the unlicensed merchandise, but eventually decided that they would begin enforcing their rights.[13] They exercised their trademark rights over the iconic “Steal Your Face” design as well as the “Dancing Bears”, and “Skull and Roses” designs.[14]  Rather than suing their own fans, the Dead decided to license their copyrights to select fans in order to obtain royalties but still allow this lot culture to thrive.[15] However, their relaxed approach to enforcing their copyright not only created a subculture in itself but allowed the Grateful Dead to skyrocket in both popularity and wealth.

The Grateful Dead was not the only band to embrace tapers and a parking lot scene. Phish is another notable band that took a slightly different approach. Phish does not tacitly allow taping, but rather they post their taping policy online and make the rules and regulations clear to anyone who cares to look.[16] Their clear and concise taping policy being open and available on the internet is likely a product of its time as the internet was not available to the Grateful Dead. However, also due in part to the boom of technology, Phish does explicitly prohibit live-streaming of any kind (visual or audio) as well as soundboard patches.[17]  They release live-streamed video and audio as well as live recordings themselves and this allows for a controlled level of reciprocity with fans (or phans as they call themselves).[18] It can be said that while the Grateful Dead laid the framework for taping, Phish innovated and perfected it.[19]

As for “Shakedown Street” at Phish concerts, they have the same general concept as at Grateful Dead concerts. One can buy almost anything they would want, including shirts with lyrics or song titles creatively placed or parodying famous logos.[20] This “scene” has become its own culture and is considered symbiotic with the band.[21] Like the Dead, Phish mostly allows the scene to police themselves, aside from a few exceptions.[22] Provided that sellers do not use the band’s name or likeness, the word “Gamehendge” (a fictional world in which several songs take place), or videos and recordings of the show, the band allows sellers to create unlicensed merchandise.[23] These “lot designs” as they are known in the community often inspire official merchandise or other creations and improvisations from the band.[24]

This reciprocal relationship is a large part of the success enjoyed by Phish and other jam bands. Without the Grateful Dead allowing taping of their shows, it is unlikely that they would have seen such widespread success and recognition. It is also less likely that Phish would have set the stage for modern jam bands as they began after the members obtained traded Grateful Dead tapes. Had the bands to cracked down on creation of unlicensed works with their copyrighted lyrics, it is unlikely that the culture seen in the parking lots surrounding shows would have existed. The culture outside of the show influences the bands to keep creating and sharing the music which contributes to the band’s ticket sales and widespread recognition. Jam bands have figured out a way to profit off of transactions that do not directly involve them and in doing so, have managed to create their own culture and wealth.

[1] See David L. Pelovitz, “No but I’ve Been to Shows”: Accepting the Dead and Rejecting the Deadheads in Perspectives on the Grateful Dead: Critical Writing 55-56 (Robert G. Weiner ed., 1999).