Can Sentencing Algorithms an Allocution Co-Exist? 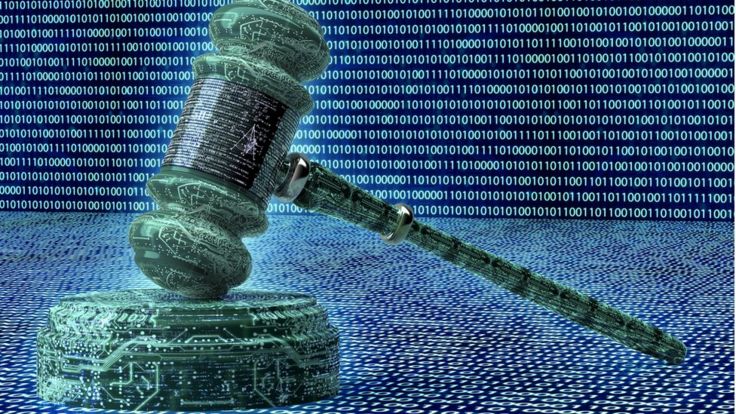 The Right to Allocution

A defendant’s right to allocution has a long and controversial history. Allocution is a trial judge’s formal address to a convicted defendant, asking whether the defendant wishes to make a statement or to present information in mitigation of the sentence to be imposed.[1] The right of allocution goes all the way back to 1689, where England courts risked reversal of its sentencing decisions if the judge failed to directly ask defendants if they had anything to say prior to sentencing when the death penalty was a possibility.[2] The original purpose of allocution was to “. . . afford the prisoner an opportunity to move in arrest of judgment pleading specific legal defenses available to him.”[3] Some of these specific were pardon, pregnancy, insanity, misidentification, or benefit of the clergy.[4] If successful, an allocution would result the case being “set aside,” but could later be brought again.[5] At the height of the death penalties popularity in England, allocution played a vital role in the English legal system. The American legal system incorporated the right to allocution, but it did not adopt every aspect of it established in the English legal system.[6] In the United States, the opportunity for allocution was not restricted to just to the context of the death penalty, and provided the right to an abundance of other felonies.[7] The concept of allocution developed differently in federal and state courts over time in the United States.

On the federal level, Rule 32(i)(4)(A)(ii), of the Federal Rules of Criminal Procedure, requires that all defendants be allotted allocution in a federal criminal prosecution.[8] Rule 32 provides, “[b]efore imposing sentencing, the court must address the defendant personally in order to permit the defendant to speak or present any information to mitigate the sentence.”[9]

The fact that these algorithms have been successfully used in other parts of the criminal justice system may help explain why lawmakers and judges have been relatively quick to embrace them in the sentencing context.[12] However, predictive algorithms tools may be better suited and easier to assess in other contexts, such as during pre-trial release, when a judge is evaluating whether a criminal defendant should be held in jail prior to her scheduled appearances in court.[13]

Sentencing algorithms are just electronic risk assessment tools used to predict recidivism.[14] Judges have factored recidivism predictions into sentencing for decades, but it is still a controversial method.[15] However, using recidivism predictions is still supported by the American Bar Association, so a number of states are still adopting legislation requiring the use of these algorithms.[16] Judges only use this risk assessment as one tool in the consideration of an appropriate sentence. A judge may not even give the risk assessment a lot of weight when making their determination. Even though the risk assessment may not necessarily change the outcome on most occasions, it could potentially affect the legitimacy of the process. If the general public is uncomfortable with judges relying on predictive algorithms to make decisions, predictive algorithms will never become widespread regardless of how efficient or fair they may be.[17] The general public’s mistrust of machines will transfer to mistrust of the legal system. Nobody wants to be defined by a risk assessment number, they want their entire story to be heard. People put their faith in a Judge; who has experience, listens to the whole story, and assesses all factors involved in a case when pronouncing a sentence. Legitimacy stems from the people’s faith in judges.

Can they Exist Together?

Upon initial thought, allocution and sentencing algorithms appear to be polar opposites. Among other things, allocution is the defendants one chance to put their humanity on display to a judge before sentencing. The mere act of talking, no matter what the content, emphasizes the defendant’s humanity.[18]  Sentencing algorithms on the other hand produce hard data, which is completely indifferent to a person’s humanity. In a system where judges rely heavily on risk assessment data, a defendant’s right to allocution could be potentially eliminated. However, the purpose of allocution may be even more importance in this technological age. A judge will take both considerations and give them as much weight as they see fit. As long as a judge allows a defendant to speak before sentencing, then the defendant will not feel as though they are being defined by a risk assessment number. Ensuring a defendant’s right to allocution will aid in maintaining the legitimacy of the legal system as technology is being introduced integrated into sentencing.