The Right to Keep and Bear Biometric Sensors 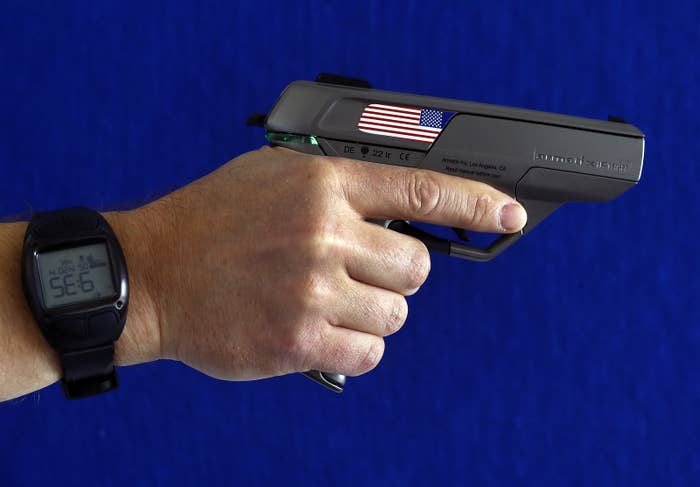 A majority of Americans report being concerned about gun violence and support stricter gun laws.[1]  However, part of the quandary facing state and federal policymakers regarding prospective gun regulation is the desire to reduce gun violence without infringing on the Second Amendment of the Constitution which protects “…the right of the people to keep and bear arms.”[2] While handguns are involved in more fatalities than rifles or shotguns,[3] the right to own a handgun is specifically given Constitutional protection.[4]

One possible solution for making guns safer but still fully available is the implementation of smart-gun technology.[5]  One style of smart-gun is a firearm that is embedded with a sensor.[6] The sensor then controls whether the firearm is operational.[7]  The owner or other authorized user may render the firearm operational by bringing a corresponding sensor within range of the firearm (the corresponding sensor may be located in a watch, ring, or other wearable accessory near the hand).[8]  Another style of smart-gun is fingerprint operated.[9]  In such a model, only users with authorized fingerprints would be able to operate the gun.[10]

A primary rationale for putting forth smart-gun technology is the avoidance of gun accidents, as opposed to the prevention of mass shootings.[11]  If a child, for example, came into possession of a smart-gun it would not be operational, thus greatly reducing the threat of an accidental discharge.[12]  According to the Harvard Injury Control Research Center, “the majority of people killed in firearm accidents are under age 24, and most of these young people are being shot by someone else, usually someone their own age.”[13]

In 1986 Congress passed the Firearm Owners Protection Act which states that in the United States “…it shall be unlawful for any person to transfer or possess a machinegun.”[14]  The prohibition, however, did not render all machineguns illegal.  Rather, an exception is made for machineguns “lawfully possessed” before the law goes into effect.[15]  Effectively, no new machineguns could be produced.[16]  Likewise, Congress could pass legislation requiring that all firearms henceforth produced be equipped with smart-gun technology.

Handguns without sensor or biometric technology typically range in price $250-$1000.[19]  However, at approximately $1,800 each, smart-guns are currently prohibitively expensive.[20]  It remains to be seen whether a cost-effective smart-gun design could be feasibly produced.  If and when such technology is more made more affordable, state legislatures and the United States Congress may find themselves in the position of being asked to craft legislation that will effectively change the nature of modern civilian firearms.