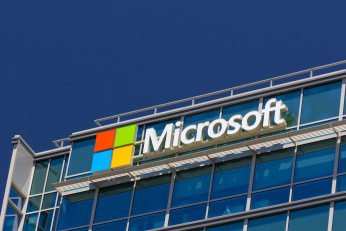 Microsoft is also in a legal battle with the U.S. government, but this fight deals with consumer privacy information that can only be accessed in another country. In December 2013, the U.S. government obtained a search warrant requesting information about an email user for an investigation apparently involving drugs and money laundering.[1] Microsoft is refusing to cooperate because the data in question is stored in Ireland, and the company argues that the U.S. government cannot force it to hand over data stored outside American soil.[2]

Users of a Microsoft e-mail account can, with a user name and a password, send and receive email messages as well as store messages in personalized folders. E-mail message data include both content information- the message and subject line. Also non-content information such as: the sender address, the recipient address, and the date and time of the transmission.

Microsoft stores e-mail messages sent and received by its users in its datacenters, once of which is of special interest to the U.S. government. In 2013, the U.S. Department of Justice served Microsoft with a subpoena and a search for emails that live in a data center in Ireland.[3] One of Microsoft’s arguments is that for data held overseas, the U.S. government should abide by its mutual legal assistance treaties, which are agreement between the United States and foreign countries that typically require the requesting government to be in compliance with other government’s laws.[4] Irish law requires authorization from an Irish District Court judge to obtain e-main content from a provider.[5]

The judge in the case, James Francis, agreed with the government, arguing that the search warrant issued in this case applies to data in Ireland because it’s more of a hybrid between a warrant and a subpoena. What this means: the request would be legal since subpoenas have reach outside the U.S.[6]

Nonetheless, it will be interesting to see what occurs when this case goes on appeal, as it has huge implications for the privacy of U.S. citizens who use American internet services.