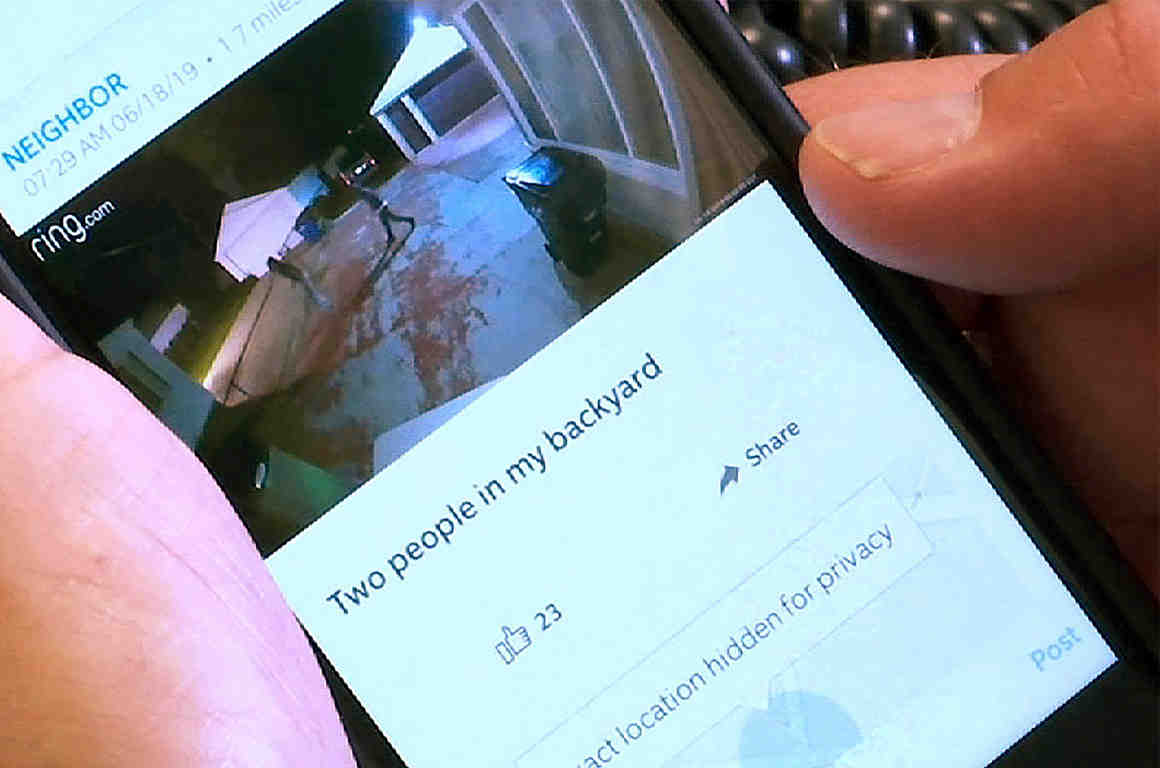 Doorbells with a security camera feature are now a billion-dollar industry in the United States.[1]  Ring, a subsidiary of Amazon, has been marketing its product as a device that can help secure homes against crime.[2]  However, as Ring as partnered with local police departments, civil liberties organizations like the American Civil Liberties Union have become concerned about violations of privacy.[3]

Ring’s doorbell works by equipping an inconspicuous camera to a doorbell, installing it, and linking it to the owner’s Wi-Fi.[4]  The owner is then able, at any time, to view who, if anyone, approaches the house via smartphone, tablet, or computer.[5]  Its natural doorbell appearance is no doubt part of the appeal, as well as what makes it effective at catching would-be burglars.

The concerns over privacy are two-fold.  First, neighbors of Ring customers may become objects of regular surveillance without their knowledge or consent.[6]  Secondly, when a homeowner’s doorbell camera works in conjunction with local police departments, it is no longer just a security-conscious neighbor doing the surveilling.[7]  In other words, if one lives directly across the street from someone who has installed such a doorbell, and the doorbell’s camera is being utilized by police, one is the unknowingly under 24 hour police surveillance.[8]

The legal standard to consider when analyzing the privacy interests of third parties is the reasonable expectation of privacy protected by the Fourth Amendment, as articulated in Katz v. United States.[9]  In Katz, the United States Supreme Court held that it is a violation of the Fourth Amendment’s unreasonable search clause to wire-tap a public phone booth without a search warrant.[10]  The reasoning of the Court was that, even when no physical intrusion has occurred, an individual may still be protected from information-gathering when she has a reasonable expectation of privacy.[11]

The question then becomes whether individuals have a reasonable expectation of privacy in regards to the things they do daily and weekly, as visible from the outside of their home.  In United States v. Jones the Court stated that a GPS tracker on a car is a search that requires a warrant even though the information collected is publicly available (the location of the car), and could be collected by anyone following said car.[12]  In sum, a person’s public behavior may still be protected by the Fourth Amendment and individuals may maintain a reasonable expectation of privacy, even in regards to things they do and say beyond the walls of their home.[13]

The counterargument, however, would be that, as surveillance becomes more easily available, more discreet, and more ubiquitous, the expectations of privacy at an individual as well as societal level will adjust accordingly.  Oddly enough, the Fourth Amendment standard of privacy established in Katz may make non-consensual, warrantless surveillance unconstitutional when done to a small number of people, but may nevertheless be perfectly constitutional when done to nearly everyone; as society’s expectations change so too might constitutional protections.[14]  The growth and popularity of doorbell companies like Ring may make video monitoring sufficiently commonplace so as to alter privacy expectations, and Fourth Amendment protections along with them.